With the coining of the term Terrain Vague, Ignasi de Solà-Morales is interested in the form of absence in the contemporary metropolis. This interest focuses on abandoned areas, on obsolete and unproductive spaces and buildings, often undefined and without specific limits, places to which he applies the French term terrain vague. Regarding the generalized tendency to "reincorporate" these places to the productive logic of the city by transforming them into reconstructed spaces, Solà-Morales insists on the value of their state of ruin and lack of productivity. Only in this way can these strange urban spaces manifest themselves as spaces of freedom that are an alternative to the lucrative reality prevailing in the late capitalist city. They represent an anonymous reality. 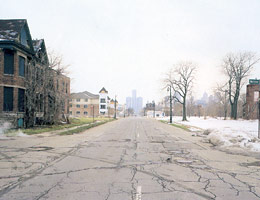 The term Terrain Vague is part of a proposal of urban analysis that is an alternative to models of structuralist origin; these have demonstrated their inefficiency in their confrontation with contemporary urban events. Solà-Morales proposes coming closer to the contemporary metropolis that can be assimilated as a process of unfolding, of differentiation, and of a quest for information that is often not quantifiable and escapes the logic of analysis systems of traditional urbanism. This approach tries not to violate the complex, dynamic, fragmentary, and at the same time continuous premises that characterize this metropolis. 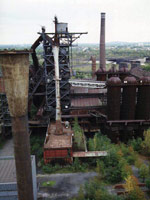 For this reason he proposes a non-exhaustive system undergoing continuous transformations, based on a series of categories of analysis similar to the "plateaus" of Gilles Deleuze, i.e. to knowledge plans established by specific random points. The five that he initially proposed were: "mutations," "flows," "rooms," "containers" and "terrain vague." These "plateaus" were not stable either conceptually or numerically, as they were continually modified and new ones were added. They thus became instruments of analysis of an urbanism understood as “nomadic science," changing, imprecise, and random instruments.

Ignasi Solà-Morales Rubió was professor of Architectural Composition at the Higher Technical School of Architecture in Barcelona. He also taught at the universities of Princeton, Columbia, Turin, and Cambridge, among others. His double training as an architect and a philosopher allowed him to approach history and architectural criticism from assumptions of great theoretical and aesthetic solidity. His reflections on Catalan architecture (Rubió i Bellver, Noucentisme, the International Exhibition of 1929, etc.) were complemented towards the end of his life by his interest in contemporary urban phenomena. In this sense his role as director of the master "Metropolis," organized by the Universitat Politécnica de Catalunya, was essential for the introduction into Spain of the most advanced lines of reflection on the subject.