Manuel Castells and Peter Hall use the term Technopolis to describe a business area that brings together high-technology industries that have close links with centers of research and development (R+D). These are model industries, advanced, clean, and small, the workers of which are highly specialized. These establishments are generally co-planned and co-financed by the state and private initiative. Technopolises are very different from the huge polluting factory complexes of the modern city. These 21st-century industrial cities are impeccable production and research centers that are equipped with all kinds of services, with high environmental quality prevailing. 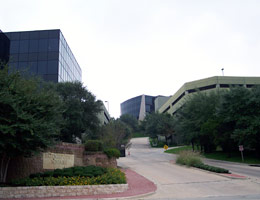 The raison d’être of the Technopolises is the exploitation of the synergies generated by the physical proximity of high-technology companies, and the contact of these (mainly orientated towards the world of knowledge) with top-level university and research centers. It is for this reason that it is understood that in the genesis of a Technopolis three partners must exist: The entrepreneurs, the government (which normally acts as promoter), and the academic world (the function of which is the training of the highly qualified professionals that these companies require). 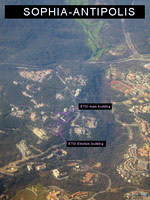 It has been shown that geographical proximity increases the production of this type of company, among other reasons because it generates a culture of common values between entrepreneurs, local politicians, and citizens. In the cities where they exist, indeed, Technopolises are generally perceived as a common and priority objective. Their creation supposes one of the greatest efforts that are normally made by contemporary cities to promote themselves internationally and attract investment, as their success may suppose a leap in global competitiveness for the whole urban region.

Technopolises demand high urban quality, both from the need to count on an attractive urban space and from the need to provide it with services (restaurants, auditoriums, hotels, etc.), and in particular top-level telecommunication infrastructures.

Manuel Castells is a sociologist. From 1979 he lectured in Sociology and Regional Planning at the Department of City and Regional Planning of the University of California in Berkeley. He has also been the director of the Institute of the Sociology of New Technologies at the Universidad Autónoma de Madrid and a lecturer at the Higher Council of Scientific Research in Barcelona.

From the late 1970s to coincide with his Berkeley stage, Castells became one of the most influential Marxist sociologists. He led the debate in favour of spatiality initiated by Foucault and Lefebvre, and orientated it towards what are today the two great nodes of contemporary urban criticism: Globalization and mass consumption. The new objective assumed by the social criticism of the 1970s was the dismantling of the mystified spatial reality of cities. To do so it was necessary to rethink from a spatiality viewpoint the then emerging strategies of late capitalist production and dissemination, and this had to be done on a double scale: Both international and specifically urban.