The term Telepolis owes its origin to Javier Echeverría, who developed it in a trilogy. In the first of the books that make it up (Telepolis), he defines Telepolis as a global polis in which the quarters are countries and the blocks regions. One of its most characteristic institutions is the main square, where power and the media come into contact. Its control means dominating the streets, which are the flows along which information circulates. The second living space is the market, which is more closely related to social aspects than to power. The population of Telepolis is analyzed statistically and classified into homogeneous groups by means of studies, questionnaires, and surveys that transfer the inhabitants to data which are passed to the central computer that the electronic cards are connected to. On sharing the same information, the power, control, and market come into contact with each other. 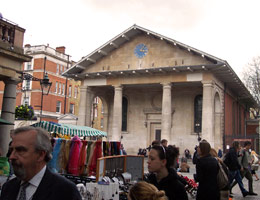 The second book (Domestic cosmopolites) concentrates the Telepolis discourse on housing, which is the main object of attention for information technologies. Finally, the book that closes the trilogy (The lords of the air: Telepolis and the third environment) proposes the division of contemporary human reality into three conceptual environments: 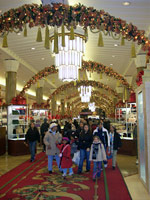 To prevent the control of E3 falling into the hands of late capitalist economic powers, Echeverría proposes the creation of a "constitution" for the Telepolis in order to establish democratic values within it.

Although it is a habitual reference in the literature on the theme of the Cybercity, the argument of the Telepolis has a sociological basis, and its interest lies more in the social consequences of the use of information technologies than in the impact of these on form and urban logic (the hard core of the Cybercity debate).

Javier Echeverría (Pamplona, 1948) is a philosopher and mathematician. Since 1986 he has been Professor of Logic and Philosophy of Science at the University of the Basque Country in San Sebastian. Starting from his specialization in Leibniz, Echeverría evolved towards the philosophy of science. Together with Manuel Castells he introduced the debate on new technologies and the city into Spain. He is currently an essential figure of reference within cyberculture, in which he defends positions termed as "European" because of his marked differentiation with regard to the case of America. On identifying Telepolis with the Greek polis, Echeverría avoids the polarization between technophiles and technophobes that characterizes the debate on the Cybercity in the United States. With it he opens a door to hope as faith is placed in the creation of a democratic cyberspace that is not controlled by the “"ords of the air."