This term was coined by Manuel Castells to define the urban reality resulting from a new form of economic development related to the process of late capitalist restructuring. His hypothesis is that the interaction between the contemporary form of production and the contemporary development model has generated new social and spatial forms. Both coincide in the Informational City, an urban environment with its main characteristics being flexibility, social polarisation, and fragmentation. 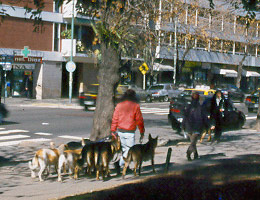 The informational development mode is based on a series of new technological and scientific paradigms. The basis of the former is on the one hand computing, which has revolutionized the tasks of information processing, and on the other telecommunications, which have permitted the interconnection between computers and the creation of information systems. As to the new scientific paradigm, it was characterized by establishing an economic priority, not increasing industrial production any longer, but processing and generating more information. 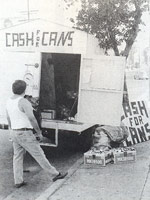 The manner of informational development introduces a series of structural contradictions with regard to the industrial model of development that generates the industrial city. This is not a rigid structure but rather a constant process of change based on the interaction between technology and organization. Because of this the spatial forms of the Informational City are not determined by the technological requirements, which gives rise to urban environments that are extremely flexible in space and that change over time.

On the other hand, the mode of informational development includes a restructuring of the work force that at the same time is giving rise to the phenomena of growth and sectorial decline. In effect, in the Informational City opposing and complementary processes occur: informational growth and industrial decline, the degradation and improvement of the work force, formal and informal sectors... All this generates a highly polarized work force, which involves different lifestyles and different urban spaces. The result of this is not however two worlds but a world plagued with clearly defined fragments and with little communication between them. The result is a spatial structure that combines segregation, diversity, and hierarchy.

Manuel Castells is a sociologist. From 1979 he lectured in Sociology and Regional Planning at the Department of City and Regional Planning at the University of California in Berkeley. He has also been the director of the Institute of the Sociology of New Technologies at the Universidad Autónoma de Madrid and a lecturer at the Higher Council of Scientific Research in Barcelona.

From the late 1970s to coincide with his Berkeley stage, Castells became one of the most influential Marxist sociologists. He led the debate in favor of spatiality initiated by Foucault and Lefebvre, and orientated it towards what are today the two great nodes of contemporary urban criticism: globalization and mass consumption. The new objective assumed by the social criticism of the 1970s was the dismantling of the mystified spatial reality of cities. To do so it was necessary to rethink from the spatiality viewpoint the then emerging strategies of late capitalist production and dissemination, and this had to be done on a double scale: both international and specifically urban.