The globalization of the economy has induced an intense process of the concentration of economic power in a number of metropolitan areas from which the control and management of the world economy emanates. These areas make up what Saskia Sassen has called the Global Cities. The nodes of the main telecommunication networks are found here, as are the headquarters of the major financial institutions and also the main centers of world power, places where privileged information is generated that is vital for top-level decision-making. The Global Cities, therefore, are the backbone of the late capitalist economic system. 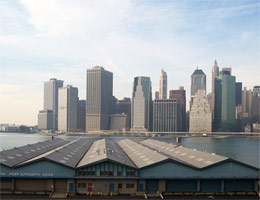 Although globalization is characterized by a powerful decentralizing tendency, this appears in tune with acute tendencies that point in the opposite direction. For Saskia Sassen the centralization–decentralization dichotomy obeys the internal logic of late capitalism. In the first place, the decentralization of economic activity has not been accompanied by a parallel decentralization in the property of the capital. Secondly, the territorial dispersal that characterises the "global assembly line" (the production of goods in factories scattered throughout the world) has generated a need for highly centralized control and management from a spatial viewpoint. 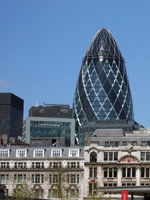 From the functional point of view the Global City is a post-industrial one. Its raison d’être consists of high-level tertiary functions. The most important, which allow the controlling of the world economic organization, are executed from the central headquarters of corporations and transnational banks. To these are added advanced production services: legal and financial advice, innovation, development, design, administration, personnel, production technology, maintenance, transport, communications, security, advertising, marketing, market studies, mergers, management tasks, etc. Thirdly and lastly we can mention those establishments that satisfy the new consumer habits of contemporary society, which particularly stress fashion and style, together with cultural activities.

Manuel Castells reduces the number of Global Cities to three. These are London because it is the world's leading financial market as far as transactions are concerned and also constitutes a crucial airport node and is one of the ends of the economic backbone that crosses Europe; New York for being the main receiver of capital flows and service exporter; and Tokyo for being the greatest capital lender and the headquarters of the most important banks in the world, as well as an international center in the economy of services, education, advertising, and design. For other authors, however, this selection is too limiting and they mention a larger number of Global Cities.

Saskia Sassen is a sociologist and economist, although her training also includes philosophy. She currently works as a sociology teacher at Chicago University and the London School of Economics. Her prolific written work is centered on the mobilization of capital and the work force in a globalized world. The analyses of the impact that these phenomena have had on cities have made Saskia Sassen an essential point of reference for Anglo-Saxon urban sociology. To her we owe the identification and description of the phenomenon in The Global City.