The term Edge City was coined by Joel Garreau to define what he considers to be the main transformation in the manner of constructing cities that has occurred in the United States for centuries. For others Edge Cities represent the latest generation of North American suburbs, although their formal and functional characteristics differ so much from those of traditional suburbs that many authors tend to consider them as a different phenomenon. These differences include notably a location that is exceptionally distant from urban centers, a mixture of a residential function and an office work one, an extreme dispersal that makes them merge into the natural landscape, etc. Edge Cities were born in the United States in the 1980s and their success has been so spectacular that currently two thirds of the office space existing in the country is concentrated in them. 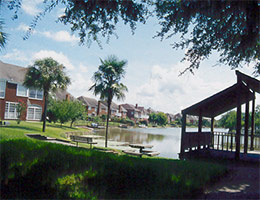 The reason for this phenomenon is that in comparison with urban centers Edge Cities offer global corporations many advantages: cheaper land, security, efficient land communications, advanced technological installations, and a high quality of life for their employees and executives. The latter find in them surroundings of high environmental value, spectacular shopping centers, superb sports installations, select golf clubs, magnificent schools... all this in a campus-like environment full of lakes, woods, pedestrian paths, and bike lanes. For all these reasons Edge Cities are becoming the preferential headquarters of the leading companies of the late capitalist economy and the places of residence of their highly qualified employees. 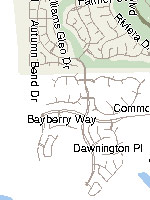 Edge Cities are a very long way from downtown areas, being located in frontier districts between town and country, and always near an important communication artery (preference is shown for intersections between ring roads and radial highways). Even so, as they combine residences and work centers they become functionally independent urban units, the inhabitants of which escape the daily traffic jams generated by the pendularity of commuting.

The formal characteristics of the Edge Cities have an effect on their physical attractiveness. In them low elongated buildings predominate, which dot the territory separated by very wide green and parking areas. The model, as we have mentioned, is that of the North American university campus. Its road network generally takes the form of a winding main axis from which secondary streets lead off that also wind within the various quarters, habitually known as villages. The community and spatial center is generally occupied by one or various latest-generation shopping malls that owing to the inexistence of squares and avenues become the true and only public space of the Edge Cities.

Joel Garreau is a journalist and writer. He works as a teacher at the School of Public Policy of the George Mason University and as editor of the Washington Post, where he coordinates a section known as "cultural revolution." His studies concentrate on the phenomenon of globalization and its social, cultural, and urban consequences, maintaining the hypothesis that in the 1990s the bases were laid for a genuine social revolution. He leads the so-called Edge City Group, which defends the creation on a world level of more "liveable and profitable" urban environments.