The photographs of the Earth obtained on the Apollo missions from the surface of the moon served to illustrate our realization of the fragile limits of the human habitat. The paradox consisted of the fact that the same technological development that had allowed Armstrong to make his small leap threatened to alter irreversibly the delicate balance of the blue sphere that he contemplated. The 1973 economic crash confirmed that the linear conscience of History that was guiding modernity had of necessity to be recycled, and the metropolis as the most advanced product of industrial civilization urgently reformulated in tune with the environment: The vindication of the theses of Henry David Thoreau, George Perkins Marsh, and Patrick Geddes meant the inclusion of nature as a project material, with the aim of ensuring the subsistence of the post-industrial city without compromising the development of future generations. 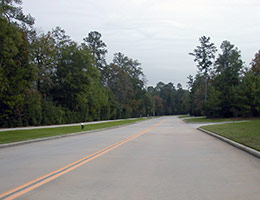 From this approach the adding of the prefix eco- to the term city recognized the new aspirations to excellence in the forceful paradigm of sustainability. This concept arose in the 1990s; at an urban level it attempted to give an answer to environmental determinants (trying to minimize the mark of human settlements), economic ones (promoting a high degree of diversification of activities) and social ones (encouraging interaction between contrasting population segments), which were immediately raised to the condition of unavoidable principles in the planning of cities.

For this reason, the brilliant trajectory of architects such as Ian McHarg should be considered an essential point of reference for the construction of the contemporary ecocity. Examples such as the community of The Woodlands outside Houston can vouch for this; it represents a form of planning that is coherent with the natural resources of the place, which involves the total dissolution of architecture with nature; an economic balance based on the conjunction of spaces for work, business, leisure, and residence; and finally the living together of varied social classes which were shown at the time to constitute irrefutable evidence of urban sustainability.

Nevertheless, the abusive use of the term threatens to transform the concept into an anodyne common area, a wasteland ready to be colonized by the friendly face of neo-conservative urban thought. Because of this the New Urbanism of North America has become its new champion, through what has been called "viable human environments within protected ecology," so as to lead a retrograde and complacent vision as stagnant as it is sophisticated on the construction of the ecocities of the 21st century: rising to the ecological bait through costly paradises treated with hormones, to the economic bait with the absurd thematic confusion between work, leisure, business, and residence, and to the sociological bait with the erection of impermeable barriers of exclusion.

Ian McHarg (1920-2004), a lecturer on Landscape Architecture at the Pennsylvania University, revolutionized the teaching of architecture by merging work in the laboratory with that in the workshop, shaping a specific approximation to the landscape and the city based on multidisciplinarity. His method of cross-mapping layers in order to reveal potential and limitations in landscape is considered to be a direct forerunner of the Geographical Information Systems that are today used extensively in planning all over the world. His work as a professional associated to the WMRT architecture studio included both the operations to reform the cities of Minneapolis and Denver and the creation of the new communities of Medford and The Woodlands.