The term E-topia was developed by William J. Mitchell in an attempt to give a response to one of the challenges that he himself brought forward in his previous book City of bits: reformulating urbanism and urban design to orientate them no longer towards urban and architectural form but rather towards the development of software that creates virtual environments and electronic interconnections between the buildings and spaces of the city. E-Topia, one of the technophile versions of the Cybercity, would be an economic and ecological metropolis that would operate in an intelligent manner. According to Mitchell, his design has five basic principles: dematerialization, demobilization, smart operation, en masse personalization, and a gradual transformation. 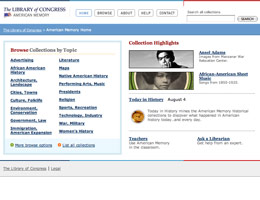 Dematerialization refers to the physical disappearance of the city, a phenomenon that is justified by the fact that in E-Topia many services will have been replaced by their virtual equivalents. This will involve the disappearance of physical structures, normally buildings, which had traditionally fulfilled this role. In E-Topia the libraries will be databases from which books can be downloaded; the museums will be flexible compressed digital displays from which the visitor can select the works he is interested in; the universities virtual campuses where the lessons will be taught by the use of video-conferences or face-to-face connections, etc.

Demobilization is based on the fact that the computer is providing many activities for which in the traditional city it was necessary to move to other places. In E-Topia the computer allows the carrying out of very different tasks without moving anywhere. This will revolutionize the idea that links the various architectural spaces with the specificity of the human activities carried out in it. E-Topia buildings will include functionally ambiguous areas which may house production work, leisure, or consumption as appropriate. The greatest functional promiscuity will be found in the home. Demobilization will also affect social life; in E-Topia many of the activities that were previously considered "social" will no longer require any travelling. New meeting points will be virtual: chats, news groups, services for finding a friend or a partner, etc.

The third of the principles of E-Topia refers to the "smart functioning" of its spaces. The physical buildings of this Cybercity will be smart constructions that will interact with their inhabitants by means of screens, cameras, microphones, transistors, receivers, and sensors of all kinds (optical, acoustic, electromagnetic, of humidity, of temperature...). All these components will be connected in a network to make up a kind of nervous system of the building controlled by a computer. This will be complemented by the clothes and the accessories of the user, which will be full of electronic devices connected among themselves and to the network without the need for cables. In this way, the traditional limits between the inhabitant and the building will disappear: the latter will know at each moment how to respond to the requirements of the former.

For the defenders of E-Topia all these phenomena are positive. Dematerialization is economic, as it is cheaper to construct an electronic portal than a building; it is ecological as it produces no waste; and it eliminates intermediaries in commercial transactions. Demobilization is also positive: it will allow asynchrony in urban activities and will lead to the disappearance of traffic jams at rush hours, which will mean the reduction of fuel costs, pollution, time wasted, transport infrastructures... Finally, the fact that one's place of residence will assume labor, commercial, leisure, and social functions augurs a return to the home that will activate community life. E-Topia, therefore, promises to eradicate many of the pathologies that affect the traditional city.

William J. Mitchell is a lecturer in Media Arts and Sciences at the Massachusetts Institute of Technology (MIT), where he was the senior member of the School of Architecture and Planning and where he led the research group Media Lab's Smart Cities. Within the polarization between technophiles and technophobes that characterizes the debate on the Cybercity in the Anglo-Saxon world, Mitchell is among the former group who are convinced that this type of city will come to be an equalitarian and liberating space where many of the traditional problems of the industrial city will be overcome. Although he does not share the ultra-conservative ideology that tends to fuel the most fervent North American technophiles, it is he who has best transferred cyberspatial hope to the contemporary city.