The term Disurbia was coined by Mark Baldassare and derives from the application to a suburban region of the concepts "Dense," "Industrial," and "Self-contained." Disurbia therefore refers us to a new type of suburb where industrial functions predominate over residential ones. Two characteristic phenomena of the late capitalist productive system occur: on the one hand, the persistence of the industrial sector as one of the most important in the contemporary economy, and on the other, the growing process of the urban decentralization of economic activities. 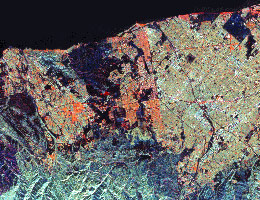 In effect, the existence of Disurbia demonstrates in the first place how the adjective "post-industrial," which is generally used to describe contemporary society, is not altogether correct. It is true that the industrial sector tends to abandon the cities of the First World to seek new locations in developing countries. However, critics such as Allen Scott maintain that industry continues to be the development engine of late capitalism, as is shown by two facts: producer services are largely industrial services, and the tertiary sector is controlled by industry at a global level. This is why Scott prefers to speak of processes of deindustrialization (the disappearance of obsolete industries) and reindustrialization (the appearance of other types of industry) rather than of post-industrialization. To Allen Scott’s arguments against the term post-industrial we can add the evidence that not all industrial activities are declining in the cities of the First World. Some very dynamic ones still concentrate there, such as those of high technology, which are closely related to research and development (R+D) centers. 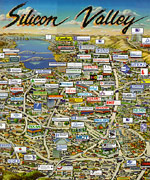 Disurbia demonstrates the high degree of functional decentralization that exists in contemporary cities, a decentralization that is evident in the splendor of its suburban areas. The extremely high land prices, together with the problems of environmental and social deterioration in urban centers, have led many multinational companies to decentralize part of their activity, the less decisive and representative part, towards sub-headquarters located in suburban areas. Something similar has occurred with other more modest companies, which as they cannot afford the extremely high localization costs of central areas, have also decided to move to the periphery. Neither is it only a matter of industrial activities: 90% of the office space currently created in the United States is located outside urban centers; while between 1988 and 1998 this grew 120% in the suburbs, in downtown areas it increased by 15%.

The Disurbia par excellence is Silicon Valley, the world epicenter of the electronic industry. Silicon Valley has no shape or physical center; it is merely a periphery plagued with highways, shopping malls, industrial parks. Neither does it have an economic, political, or social center: it extends over twelve different jurisdictions without any of them dominating over the others. It is, however, very urban on a functional level, as well as being a financial, educational, sanitary, and business center on an international scale. The very flimsy scaffolding on which Silicon Valley is articulated is the heterogeneous Royal Way, the route that connected the old Spanish missions. Around it is laid out a huge residential sheet filtered by a network of highways and dotted with fast-food restaurants, hotels, motels, dull office buildings, and the economic mainstays of the valley, i.e. the headquarters of companies such as Netscape, Intel, and Adobe, which are located in isolation without being grouped around any axis or municipality.