This term was developed by William J. Mitchell in his book City of bits. Space, place and the infobahn. Mitchell’s technophile theory starts from the hypothesis that since many of the economic, social, and cultural activities that used to take place in cities are now developed in cyberspace, it is necessary to reformulate both town planning and urban design. The new task of both is no longer shaping buildings and spaces, but developing software that creates virtual environments and electronic interconnections between them. 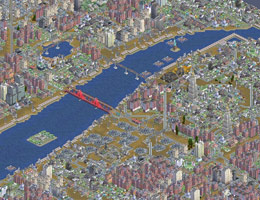 The City of Bits is his personal response to this challenge. It is an entity that is constructed in a virtual manner rather than in any specific geographical place and inhabited by debodied cybernauts. Its buildings do not fit any conventional type of architecture, do not play representative and symbolic roles, and do not respond to any kind of social structure. What is electronic, digital, and virtual has displaced what is physical, and the constructions have been transformed into software, into programs that store the bits of information that the building needs to carry out its functions. The access points and the inner routes have become electronic connections, and the façades have been replaced by screen graphics where products are exposed and sold, the equivalent of the old shop windows and sales spaces. If anything physical remains of the conventional buildings in the City of Bits it is the back of this electronic façade that is devoted to offices and warehouses, functions that cyberspace cannot fulfil. 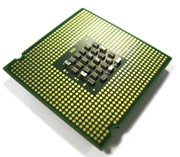 The quarters of the City of Bits are the MUDs (Multi-User Domains), virtual communities that are in reality interactive role games that can be sourced on the Internet. MUDs invite cybernauts to create their own identity and allow them to come into contact with other people with whom they may interact. Physically it is a kind of simulated quarter where homes, bars, parks, streets, and other urban elements may exist among which one can move. MUDs are built around the interests shared by their cybernaut inhabitants: some emphasize myths and legendary spaces, others adventure and violence, and yet others idyllic community spirits. Millions of people are currently inscribed on these virtual communities, which are serving to establish new social links.

Finally, in the City of Bits, public space is identified with the free open environments of the network, while the barriers that limit access to private properties are associated with the classification codes that the software requires to have access to the electronic domains of private use.

William J. Mitchell is a lecturer in Media Arts and Sciences at the Massachusetts Institute of Technology (MIT), where he was the senior member of the School of Architecture and Planning and where he led the research group Media Lab's Smart Cities.

Within the polarization between technophiles and technophobes that characterizes the debate on the Cybercity in the Anglo-Saxon world, Mitchell is among the former group who are convinced that this type of city will come to be an equalitarian and liberating space where many of the traditional problems of the industrial city will be overcome. Although he does not share the ultra-conservative ideology that tends to fuel the most fervent North American technophiles, it is he who has best transferred cyberspatial hope to the contemporary city.