Postmetropolis is an ambitious term that could be summarized as the "postmodern metropolis." With it Edward W. Soja aims to define the globalized city that he supposes to be involved in a radical transition process that began in the modern city, the fruit of the third urban revolution, and leads to the postmetropolis, the fruit of the late capitalist economic restructuring and its fourth urban revolution. 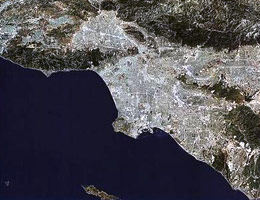 One of the main characteristics of the postmetropolis is its formal complexity. In it simultaneous deterritorialization and reterritorialization processes converge, i.e. processes of the disassembly of pre-existing urban realities and the recolonization of the city with new ones. The first are characterized by the weakening of the idea of place and of the territorially defined social communities, and the second by the appearance of a new spatiality where what is urban is inseparable from what is non-urban, where the limits between the interior and the exterior have become blurred, where concepts such as "city," "suburb," "country," and "metropolitan area" are hard to separate. 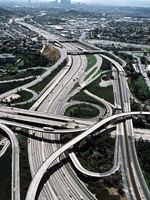 Edward W. Soja is an urban geographer and a teacher at the Department of Urban Planning of the University of California–Los Angeles (UCLA). He approaches the contemporary city from a typically Anglo-Saxon and North American viewpoint. The center of all his analyses is the urban area of Los Angeles, which he has studied from very varied perspectives: Urban criticism, the political economy, regional planning, urban geography... His studies concentrate on the spatiality of social relations, focussing on matters of class, race, gender, identity, and in particular the impact of the late capitalist economic restructuring. He belongs to the so-called LA School, a group of neo-Marxist researchers from the departments of Urban Planning and Geography at UCLA who carry out regional studies and produce urban criticism.