Michel Foucault was one of the first to denounce the obsession that the 19th century and a large part of the 20th century had about history and time, claiming that our age was the age of space, "the age of near and far, of side to side, of dispersal." In 1967 Foucault proposed a term that is nowadays inevitable in any discussion on the contemporary city: that of Heterotopia, space in the contemporary world par excellence. In contrast to the hierarchically organized unit that characterized medieval territory, nowadays "the space in which we live (...) is a heterogeneous space. In other words, we do not live in a kind of vacuum within which we locate individuals and objects. (...) we live in a network of relationships that are irreconcilable with each other and absolutely impossible to superimpose."1 The concept of heterotopia as a heterogeneous space of places and relationships would be of vital importance to the geographers and economists of the following decades when defining not only the global network that characterizes the late capitalist territory, but also the contemporary city itself. 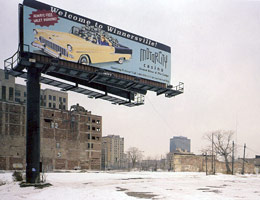 The term Heterotopia is part of the debate that led sociologists, philosophers, urban economists, and others to take an interest in urban space and to relegate the historic and temporal aspects of the city to second place. As from the events of May 1968 cities began to change rapidly: social conflicts, economic crises, urban restructuring, etc.

Sociology could not fail to reflect the effects of this revolution on the world of thought, which became more and more politicized and orientated towards social criticism. It was at that time when a greater importance of space was called for against time in order to understand the city: this was what Edward W. Soja has called "the starting point of the transition towards postmodernity." The figures that marked this point of inflection were Michel Foucault and Henri Lefebvre. 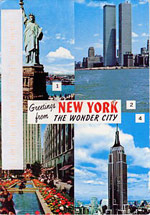 Henri Lefebvre redirected his work towards the defense of spatialization, which he had already proposed in his trilogy Critique de la vie quotidienne (1946, 1961, 1968). Lefebvre coincided with the heterotopias of Foucault in defining capitalist spatiality as a fragmented and hierarchical geography which nevertheless tended towards homogenization. In La survie du capitalisme (1973) and La production de l’espace (1974) he associated the survival of capitalism with the production of mystified spaces where reality was concealed behind veils of illusion that were ideological in nature. From the viewpoint of Marxist thought during the 1970s the call of Foucault and Lefebvre in favor of spatiality would be transferred to sociology and urban geography, activated by the outbreak of the oil crisis.

Michel Foucault was a French philosopher initially associated with structuralism and subsequently redefined as one of the main thinkers of postmodernism. Committed to Maoist thinking, he was one of the great ideologists of the students' disturbances in May 1968 in Paris, after which he was appointed director of the Department of Philosophy of the experimental University of Vincennes. In 1970 he went on to teach History of the Thinking Systems at the Collège de France.

His studies have focused on social institutions, especially psychiatric and medical institutions and prisons. Another of his study areas, which he left unfinished, was the history of sexuality. His thinking has influenced the most diverse fields of knowledge, from humanities to social sciences. Michel Foucault died in 1984.